comprise thousands of thoughtfully chosen and placed images uncovering the detritus of human inhabitance, the power of an opinion and the beauty in something simple, among other things. 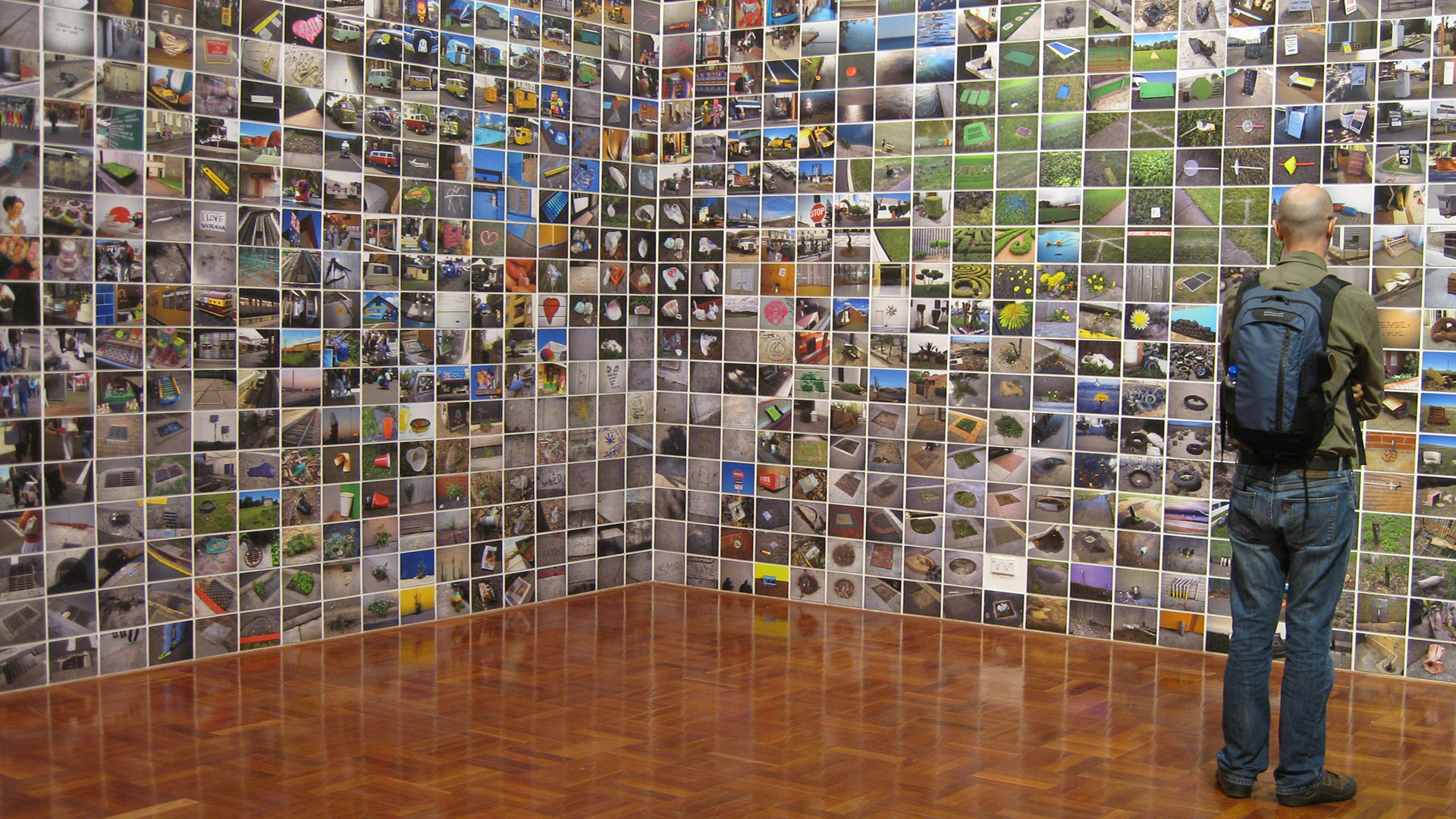 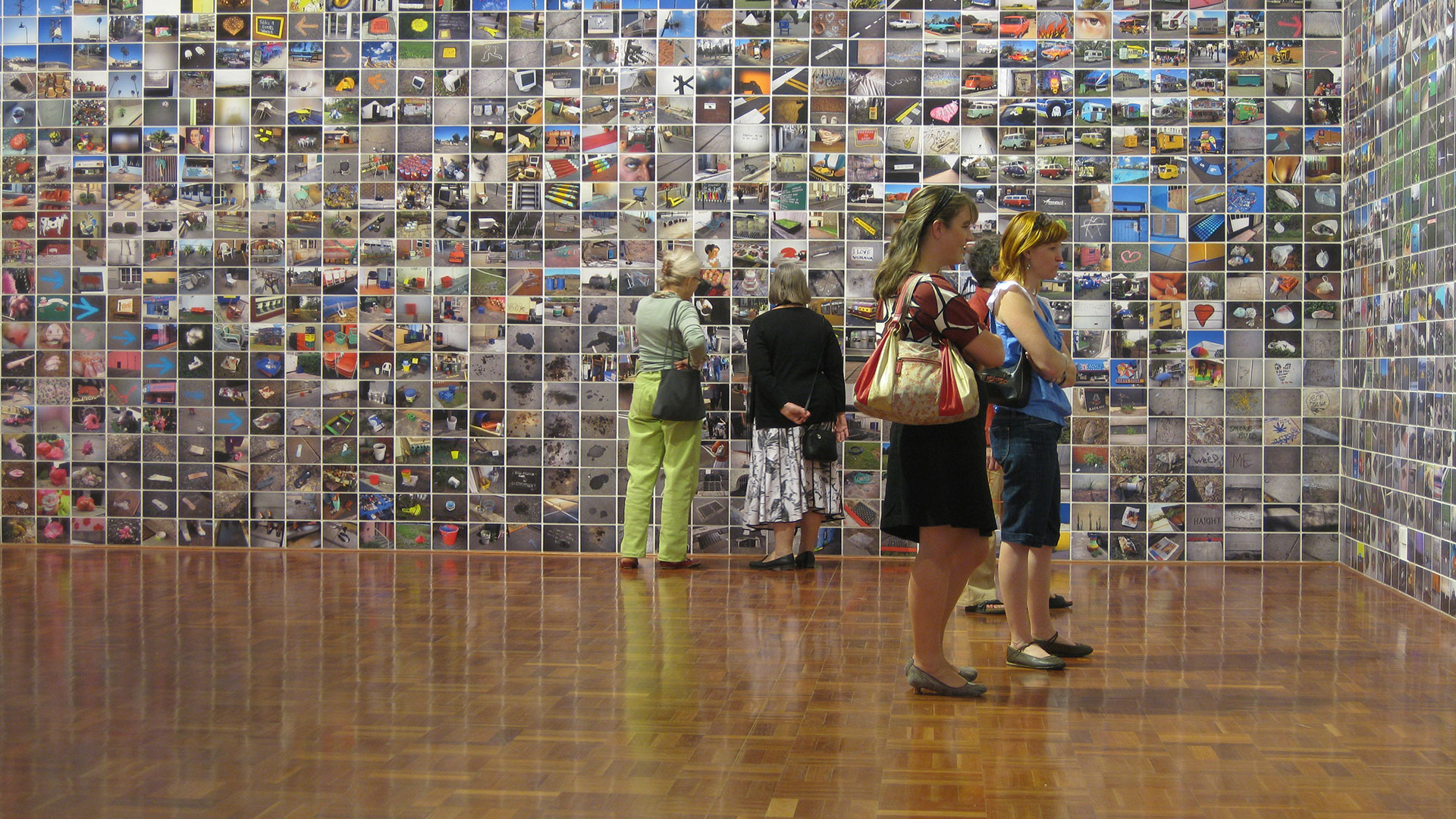 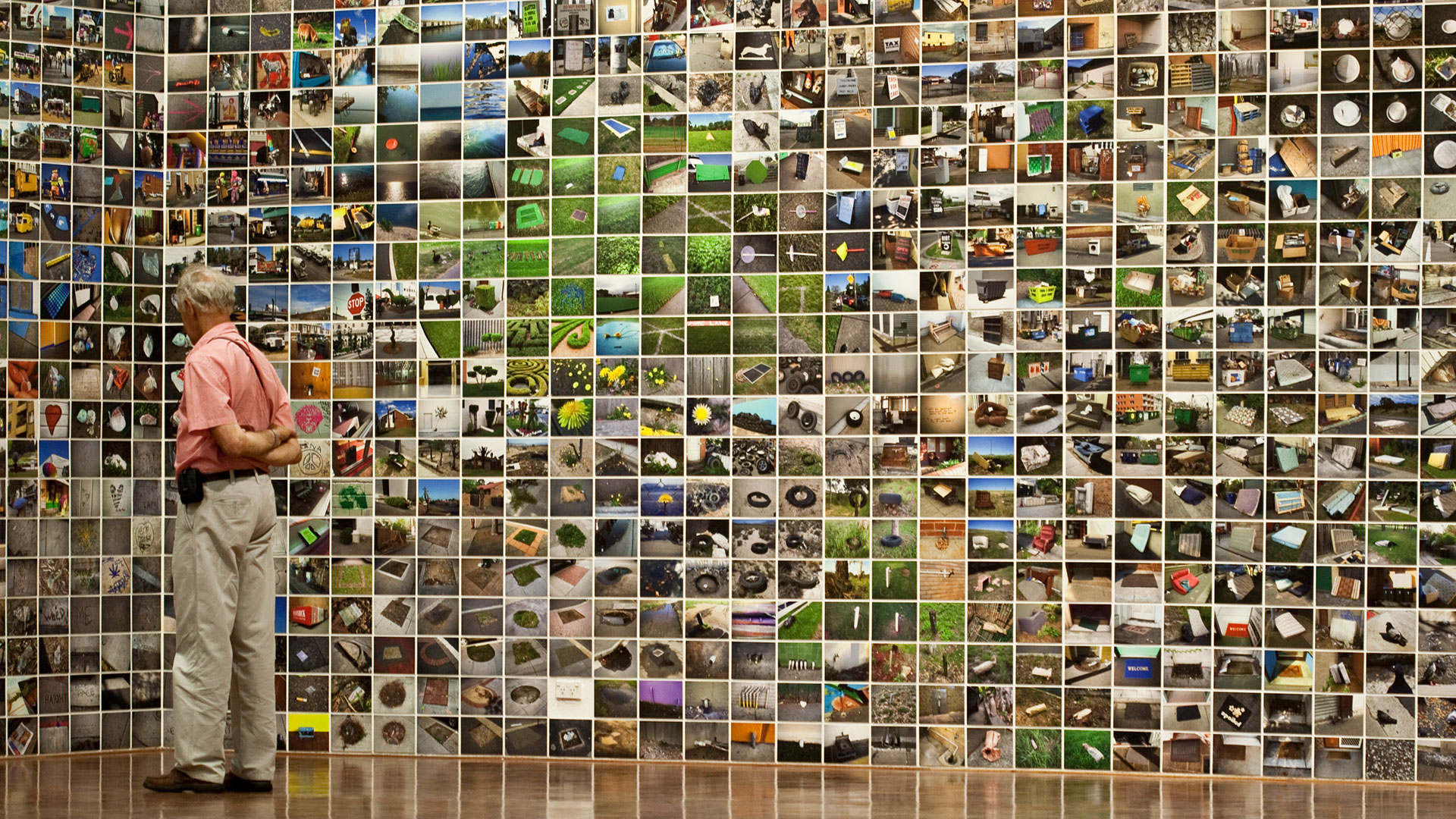 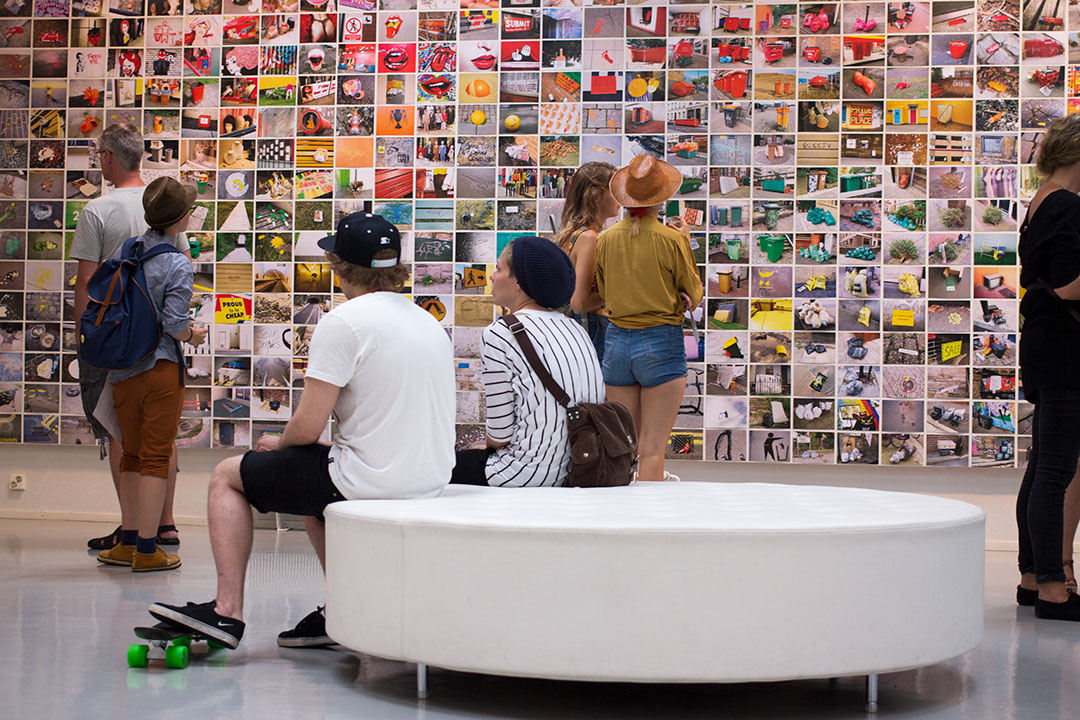 Installation view of That’s just a nun with a bag of oranges presented at PERI in Turku, Finland.

Extremely large in scale, Wunderwalls comprise thousands of carefully selected and placed images taken from an archive now in excess of 400,000 photographs. Linked by theme, place, colour, line et al, viewers meander from one image to another along their own chosen path. Wunderwalls are never repeated. Each one is strictly one-off and designed to fit a particular space. Names are derived from incidents that informed its creation and lead into concerns about humanity while grounded in the everyday. There’s always an absurdist streak among the seriousness of it all.

With over 1,400 images, the first Wunderwall was called The bucket was on the move and was underpinned by consumerism. The title image was of a plastic bucket blowing along a field in Canberra. It was shown in Sydney as part of my year-long artist in residence position at the National Art School.

The second, more than doubling in size with 3,200 plus images, There are too many things in the cupboard tackled futility and was the major work as part of my Ph.D. titled Cultural Mulch. It was exhibited at the ANU Gallery in Canberra and concluded with Five or free.

The third Wunderwall was created at the end of a residency at Toos Neger in Dordrecht and used images created in the Netherlands over a three-month period. It was inspired by a chance sighting of a man walking along a cold street with a stuffed giraffe peeping out of the top of his backpack, hence the Dutch title De giraffe reisde in een rugzak. It took the form of two traditional canal houses soaring 6.5 metres high.

The most recent was That’s just a nun with a bag of oranges. It was shown at Peri Photographic Centre in Turku. On my first visit to Turku after completing the Fiskars Village Artist in Residency, I walked past a mural on the wall of a museum and asked my travelling companion what was that? The answer became the title, the image of the nun with a plastic bag somewhat unrelated to the historical nature of the mural. 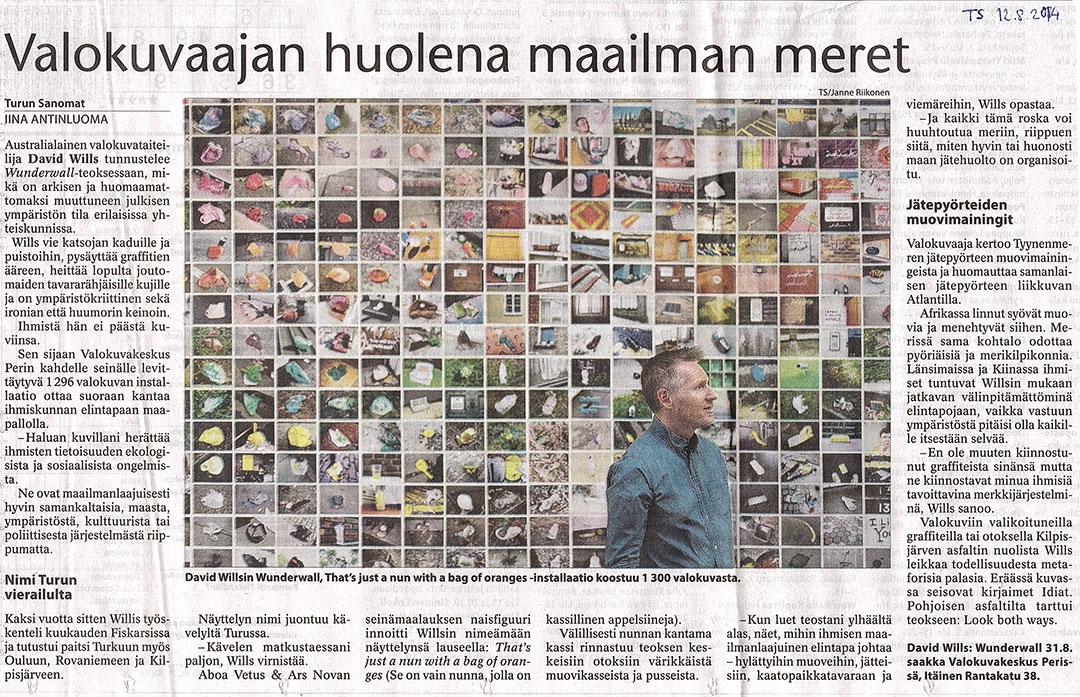 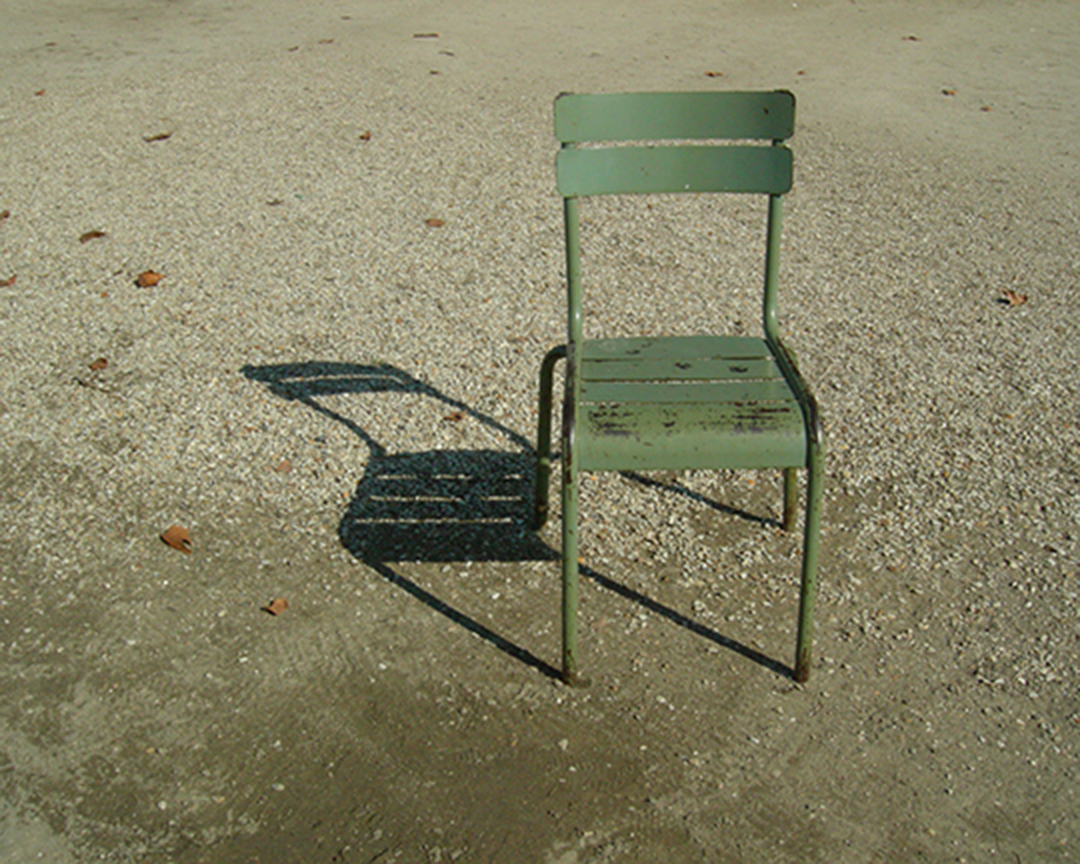 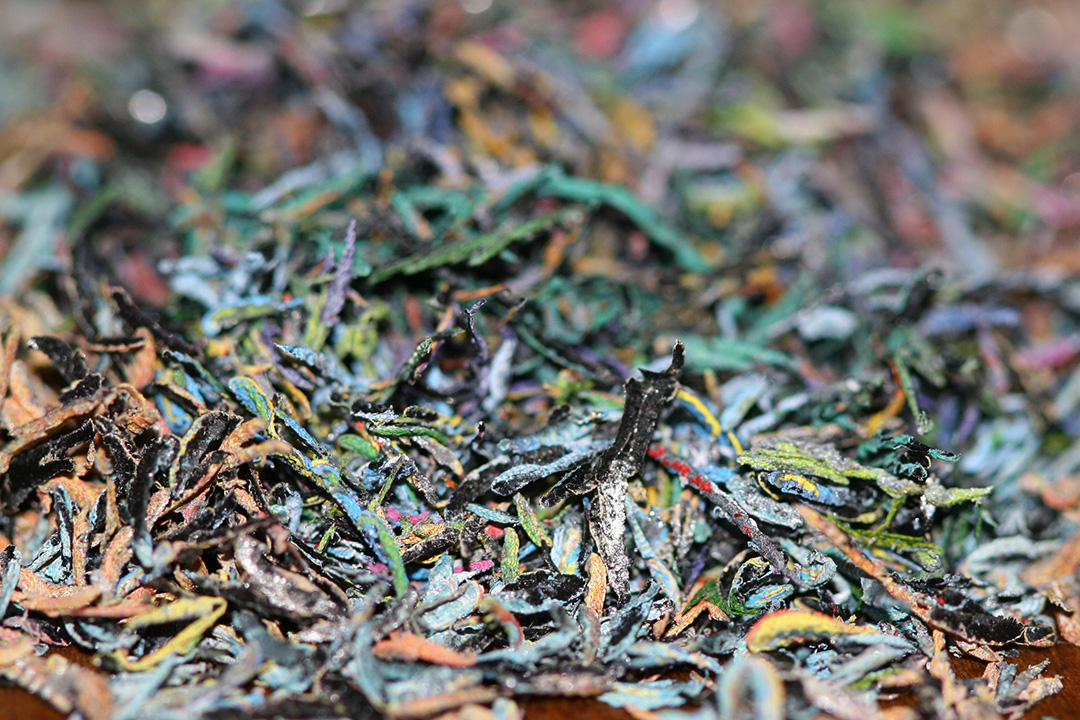