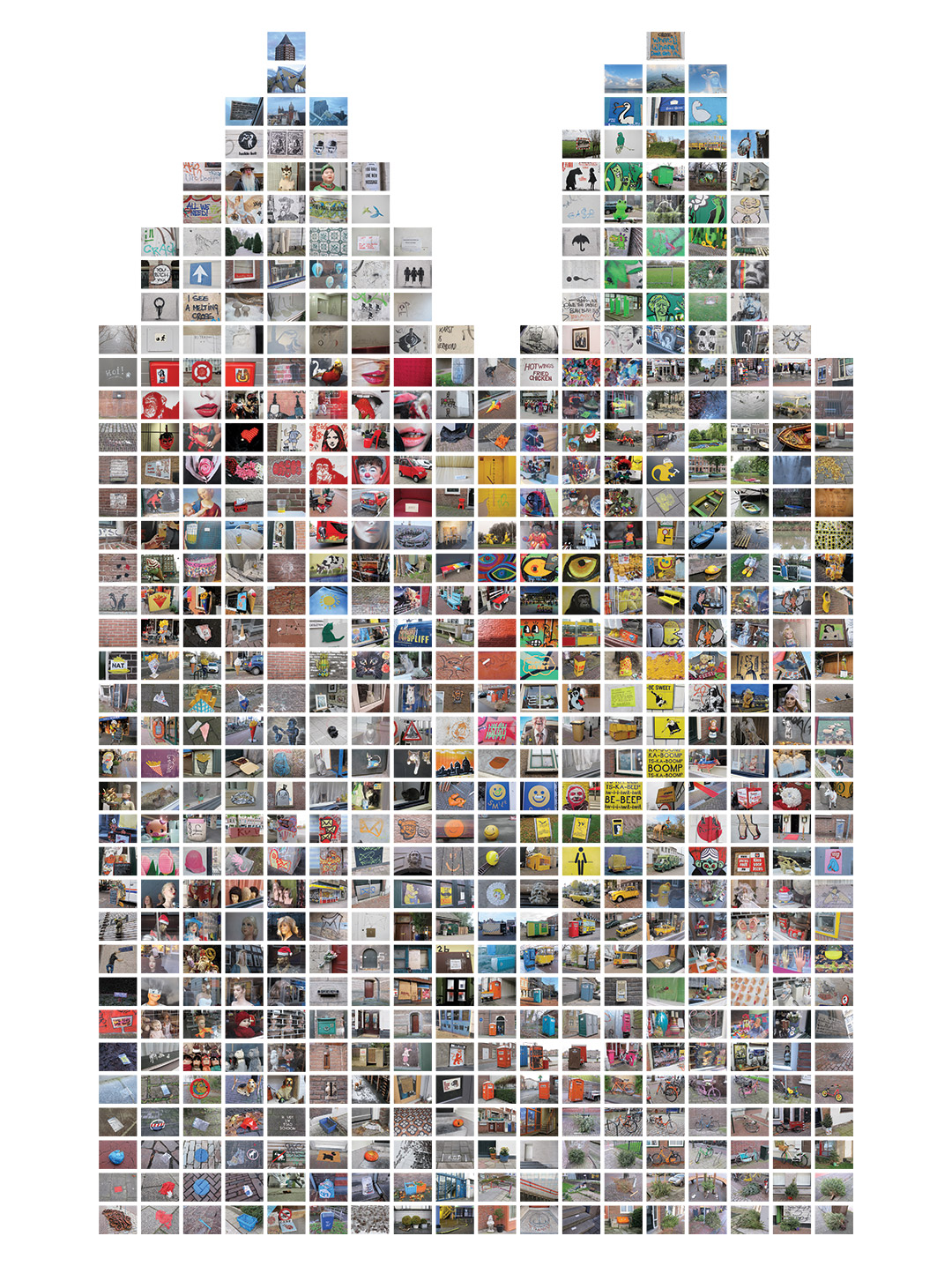 Roughly translating as the giraffe travelled in a backpack, this Wunderwall was constructed using images created while in the Netherlands. I was undertaking a residency at Toos Neger Gastatelier in Dordrecht from late 2012 to early 2013. During that time I took to the streets to uncover the character of contemporary Netherlands. Over those three months I photographed in Dordrecht, Amsterdam, Rotterdam, Haarlem, Volendam, Den Haag and other smaller towns.

Peering out the studio’s window one cold day at the end of a residency, a chance sighting of a man walking along a cold street with a stuffed giraffe peeping out the top of his backpack inspired the title. For this Wunderwall, traditional Dutch canal houses gave form to the installation which soared 6.5 metres high at SBK Gallery in Dordrecht. That’s just a nun with a bag of oranges 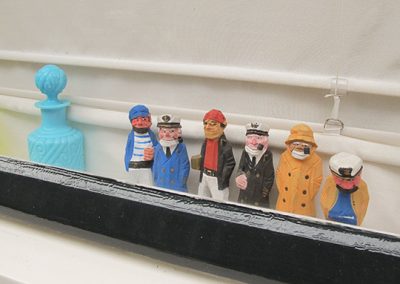 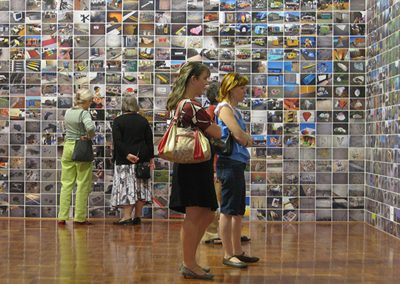 There are too many things in the cupboard 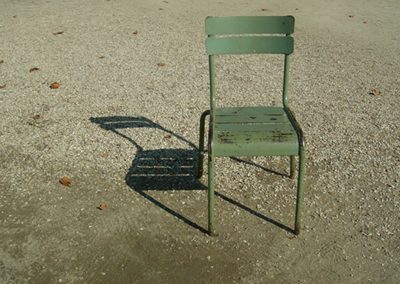